HERS (Higher Education Resource Services), our sister programme in the USA, is an educational non-profit organisation which provides leadership and management development for women in higher education administration. Since 1972, HERS has served the higher education community, preparing more than 4 300 women faculty and administrators for leadership roles. Today HERS Alumnae are active on over 1 200 campuses across the USA, South Africa, Botswana, India, Nigeria, Saudi Arabia, Micronesia, and the Caribbean region. The campuses served include public and private institutions in all Carnegie categories. Currently, over 500 HERS alumnae now serve in senior level positions. 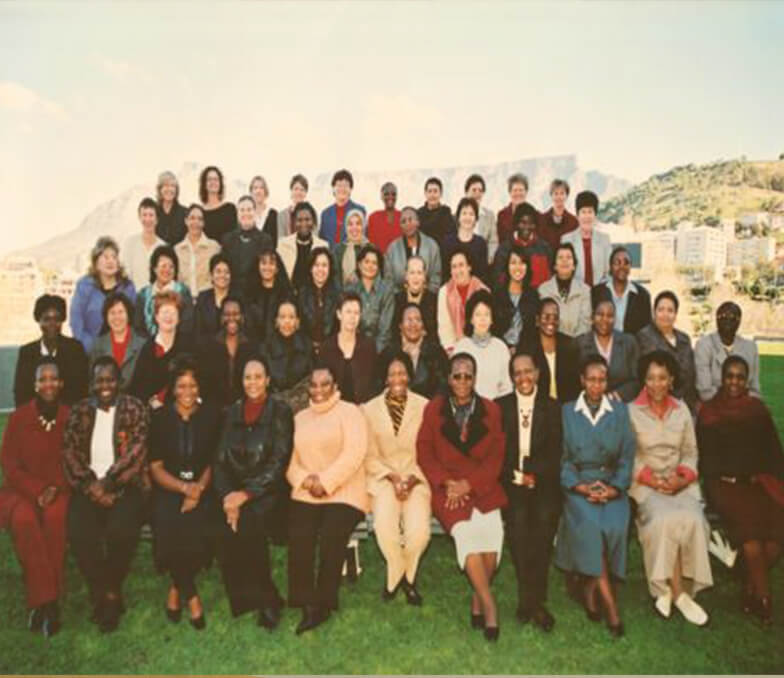 HERS Institutes are now offered at three locations and in two residential formats. The two Summer Institutes – held at Bryn Mawr College over the last two weeks of June and at the University of Denver during the last week of July and the first week of August – take advantage of the concentrated period of time available during the summer for immersion in lectures, readings, group work and individual assignments. The HERS Wellesley Institute, at Wellesley College, takes place in four three-day seminars held across the academic year, two in the fall and two in the winter. This 12-day curriculum builds on HERS activities and assignments spaced over several months of working together.

In September 2006, HERS President and Executive Director, Dr. Judith White delivered a presentation at the HERS-SA ACADEMY and visited with HERS alumnae from South Africa, including Her Excellency Naledi Pandor, South Africa’s Minister of Science & Technology – a 1993 graduate of the HERS Bryn Mawr Summer Institute.
In September 2008, the Association for Black Women in Higher Education (ABWHE) partnered with HERS to lead a study tour to South Africa, which included attending the 2008 HERS-SA ACADEMY.

In July 2011, the former Director of HERS-SA, Dr. Sabie Surtee attended the Denver Summer Institute to benchmark this programme against the one offered in South Africa, and to further strengthen the strong partnership which exists between both Chapters.